Marijuana and Pregnancy: The Effects of Smoking Weed 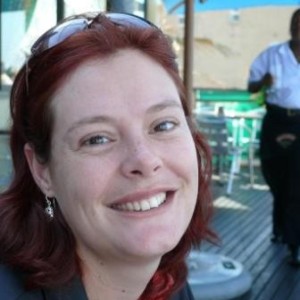 Recreational drug use is common in women of child bearing age. Marijuana is now legal in several places worldwide, and easily available even in countries where it is not legal. This means that many women will find themselves pregnant while still smoking or otherwise ingesting weed.

Research on marijuana use in pregnancy

Unfortunately, not much modern research has been done on cannabis use in pregnancy. Few studies have been done since the 1980s, so our information is thin and outdated.

Studies suggest that the active part of cannabis, tetrahydrocannabinol (THC), is able to cross the placenta to the blood stream of the fetus. However, once it gets there, researchers are unsure what effect it has on the baby.

There have been few large studies on weed use in pregnancy. Pregnant women tend not to report their use of cannabis to their doctors, particularly in areas where it is still illegal. Although it is understandable for women to be careful talking about drug use, researchers need accurate information to understand what marijuana does to the fetus. As weed becomes legal in more places, hopefully, more funding will go toward studying its use in pregnancy.

Research does indicate some negative effects of marijuana use on the unborn child.

Women who smoke weed regularly during pregnancy seem to have smaller babies. They are also more likely to miscarry or give birth prematurely. Babies with a low birth weight often need to spend time in a special care unit.

However, many women who use weed in pregnancy also smoke tobacco. Tobacco use slows the growth of the fetus. The babies of tobacco smokers tend to have a lower birth weight, and risk being born prematurely. Therefore, pregnant women who use both tobacco and weed cause confusion for researchers.

There is currently no evidence that cannabis use in pregnancy causes physical birth defects. Various animal studies show support for these findings.

Studies of older children born to mothers who smoked weed regularly in pregnancy do indicate some cognitive effects. The children score lower on memory tests, but intelligence tests show no differences. Children exposed to cannabis in the womb have a slightly increased chance of having attention or hyperactivity problems.

Some midwives recommend the smoking of small amounts of weed to combat morning sickness. However, no legitimate medical groups recommend this.  You do not need to expose your baby to cannabis, as there are plenty of natural and FDA approved treatments available.

A must read for new parents : Foods, drinks and habits to avoid during pregnancy!